Who is Ghost In The Loop ? 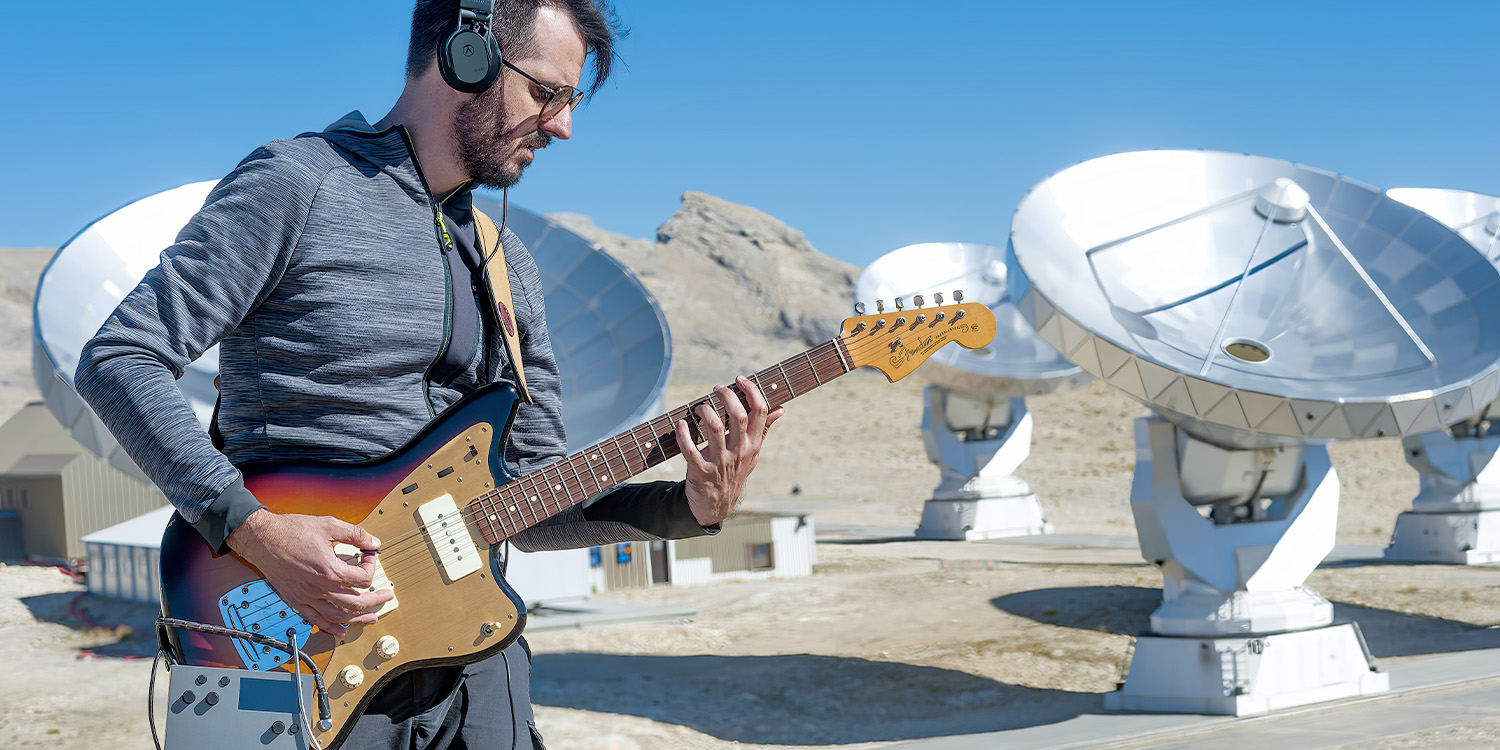 01. Who are you ?
My name is Aurélien Buiron, I’m a french composer, music producer and ambient artist who explores contemplative and dreamlike soundscapes. Enchanted by sound synthesis, I combine in my work the use of synthesizers and the manipulation of sound on magnetic tapes by mixing electronica and ambient music, with an evocative and cinematic approach.

Born in Belley (a small town of the Ain department), I fell in love with music at the age of 13. Then I grew up inspired by the wide range of music from rock and metal to blues and punk. For my fourteenth birthday, my family gave me my first instrument, an electric bass, and I joined the Belley Conservatory in the contemporary music and improvisation section. Since that day, I have not stopped playing in many bands with very varied and eclectic styles. With my band Altavilla, we have realized in 2012 the first eponymous album of the formation. Then, a second opus « The Conquest Of Gravity » in 2017. We have open for many famous artists such as Vianey, TRYO, Elisa Jo, and we played in many great places such as Le Transbordeur (Lyon) or La Belle Electrique (Genoble).

In March 2020, I decided to create my own sound universe by making a 180 degree artistic turn, and to create my solo project « GHOST IN THE LOOP ». I then began a series of live performances on orientation tables, inspired by the surrounding landscape to create improvisations at the border of electronica and ambient. In December 2021 I released my first album « Music For Liminal Spaces » in collaboration with artists from around the world. With this success I was contacted by the director Francisco Jimenez to compose the music for his next film « Apart Of Me ».

I’m currently working on a new series of live outdoor performances while seeking to push the limits of my productions to create ever more immersive and dreamlike experiences.

02. What are you listening actually ?
Currently I listen a lot to the new album of Hainbach « Tagwerk », I particularly like the fact that the album was recorded with only one instrument, the compositions are minimalist but very emotional, a real success. Another nice surprise was the new album of Nils Frahm « Music For Animals », unfortunately I have not had the time to listen to everything yet, this album is colossal, 3 hours of music, a real musical odyssey. I also just received Tycho’s mixtape « Back To Mine », a collection of his favorite tracks on vinyl that he uses for his DJ sets, a real pleasure to listen to, and it’s interesting to dive into the influences that inspire your favorite artists.

3. How you came to music ?
I first started with the electric bass, my family offered me a Cort GB24 bass for my fourteenth birthday, I played a lot with friends in bands ranging from punk rock to metal, we were mainly doing composition. I quickly entered the music conservatory in the contemporary music and improvisation section. I learned the guitar to complete my bass learning, my family offered me my first electric guitar for my sixteenth birthday, a beautiful Jackson Warrior XT. It was in high school that I started to open up to more musical styles and play in cover bands. I had the chance to play with many very talented musicians during this time, and I made a lot of progress because I had to learn new kinds of music that I wasn’t used to playing on stage. After high school I joined an Alternative Pop Rock band, the first project with a professional ambition, we released two albums between 2012 and 2017, and did many concerts and opening acts for national artists. it was during the Covid crisis and the long confinements that I decided to start my own adventure « Ghost In The Loop »

4. What gear do you use in studio/live ?
My configuration is rather hybrid, for the studio part I try to mix as much as possible the sound synthesis using machines such as samplers, synthesizers (Synthstrom Audible Deluge, Polyend Medusa, Monome Norns + Grid, Modular Synth), but also tape machines of all kinds from the small pocket tape recorder with a very lo-fi quality, to the portable studio of the 90’s where you can record up to 4 tracks on cassettes (Tascam Portastudio 424), the big tape machines of the 70’s like Reel to Reel (Revox A77) without forgetting the tape echos (Roland Space Echo RE-201).

For outdoor performances I use as much as possible machines that are powered by internal batteries, but sometimes I take power banks and specific USB power cables (Ripcords) from the brand MyVolts, very practical to power almost any type of devices in any situation.

More recently I’m starting to integrate guitar and effects of all kinds into my productions, whether it’s in the studio or during my outdoor performances.

5. Do you have an anecdote or a memory to tell us about your music ?
The most recent and most memorable musical anecdote for me was during my last outdoor performance at the millimeter observatory of the Plateau de Bure, we were all very loaded in terms of backpacks, I had more than 15 kilos of equipment in the back, including 4 liters of water plus food rations. Access to this incredible site is not easy, the hike is a rather rugged path, many rocks, 4 hours of walking, 5 kilometers, 1000 meters of elevation. I was quite tired once I got up there, but I had to stay focused for the installations and the live recording of the EP. On the fourth song « Free Falling Gravity », I was below the observatory, with a huge cliff behind me, so I could see the entire observatory, especially the large antenna array. And during the performance, I had a sudden realization of what was going on, I was literally the first musician to perform and record an album live here, and I thought that was just amazing, and with the accumulated fatigue I cracked up a bit, I laughed stupidly without being able to stop, a nervous laughter of fatigue, and I must admit a little tear of joy in the corner of my eye hahaha! But I had to quickly come to my senses and continue recording because we were very limited in terms of time, and we were only allowed two extra takes.

6. Which artist would you dream of working with?
The artist with whom I would like to collaborate is the band Tinariwen. Recording a live performance in the middle of the Sahara, mixing their very atypical musical genre and electronic / ambient music, I think could be memorable experience. And I’m sure these guys know how to ambient ahahah

7. What are your plans for the future?
My plans for the future are to do more outdoor live performances, like the one at Plateau de Bure, I already have some ideas, but it takes a lot of time, energy and organization. I’m also working on a new short film with the director Francisco Jimenez, with whom I had already worked to make music on his project « Apart Of Me ». The collaboration was really pleasant, and I am delighted to work with him again on a new project. So I would also like to do more music for films or documentaries.